All surfaces are rough – either from the outset, as with the bark of trees and the thorny bushes, or through slow decay, as is the case of the manifold materials on display: cracked wood, broken plaster, frayed rope and rusted metal. And like the found objects get new uses, so do the materials found in the natural world reappear in the artificial: wood as doors, stone as walls, clay as bricks. Or they come in a different form entirely, combined and processed: cement, metal, glass…

The exhibition Järnspökenas Nedgång was devised as part of a larger art project, Mount Fog. Its title is meant to signify the transitory nature of the milieus and materials found in the project. The word järnspöke can mean ‘iron ghost’, but is also a homonym of hjärnspöke (‘chimera’, or ‘illusion’). Nedgång, meanwhile, can refer to either a literal descent or a figurative decline or decay. It is the treatment of two landscapes bound together – the agrarian Cremonese countryside and the rugged Swedish west coast. One is all straight lines and unvarying curves; the other features smooth cliffs and gnarled branches. There are sylvan glades, trees and bushes, fields: but also wrecks and ruins; there are gloomy, sombre rooms, with caved in roofs, shadowy staircases, broken windows and doorframes on the brink of collapse.

Various found objects are looted during journeys to farmsteads. In the context of the exhibition space, these one-time tools are given a new, purely aesthetic, use. An axe and an old television set, wires included, are displayed as sculptures. Cords are affixed to walls, floor and ceiling in ghostly geometries. Metallic objects are arrayed in empty rooms and played as percussive or harmonic instruments. Of these, as well as of old synthesizers and a broken guitar, recordings were made for a sound installation, which runs in the background as an attempt to recreate the ambiance of the explored environments.

Motion is often absent, but there is still a looking forward and back. Rather than move, the objects depicted, and the materials of which they consist, evolve, mutate and wither away. These places are lost, uninhabited. But they often bear the traces of people: structures, objects and manmade shapes and patterns. Everything is veiled in old age and years of unremitting exposure. They are sanctuaries, in that they offer respite from the everyday bustle of human life. Such a place only shows the aftermath – the dying out of an echo. Things happen, but hardly ever are human eyes there to see them; there are no witnesses. Instead the viewer is left to deduce or imagine these events by watching the watcher: that is, the place. It acts as a sort of blurred, temporal mirror, reflecting the sum of its accumulated history back to its observer. In any sight, taken in anywhere anytime, each and every one of the things contained, having come from their innumerable independent origins, converge in that singular moment of seeing only to recede again from permanence into a world outside remembrance. It is a zone of absolute knowledge enclosed on either side by infinite stretches of obscurity. And so also do these sights portray the mysterious, gradual unfolding of time.

Järnspökenas Nedgång is about the strangeness of abandonment. The hope is that the viewer wonders, Who has been here and what has occurred? That you might see a lost object and ask yourself, Who created this and when and what for; and why was it abandoned? Or you see a building and wonder, Who lived or worked here? And how do these environments reflect the viewer’s inner self? 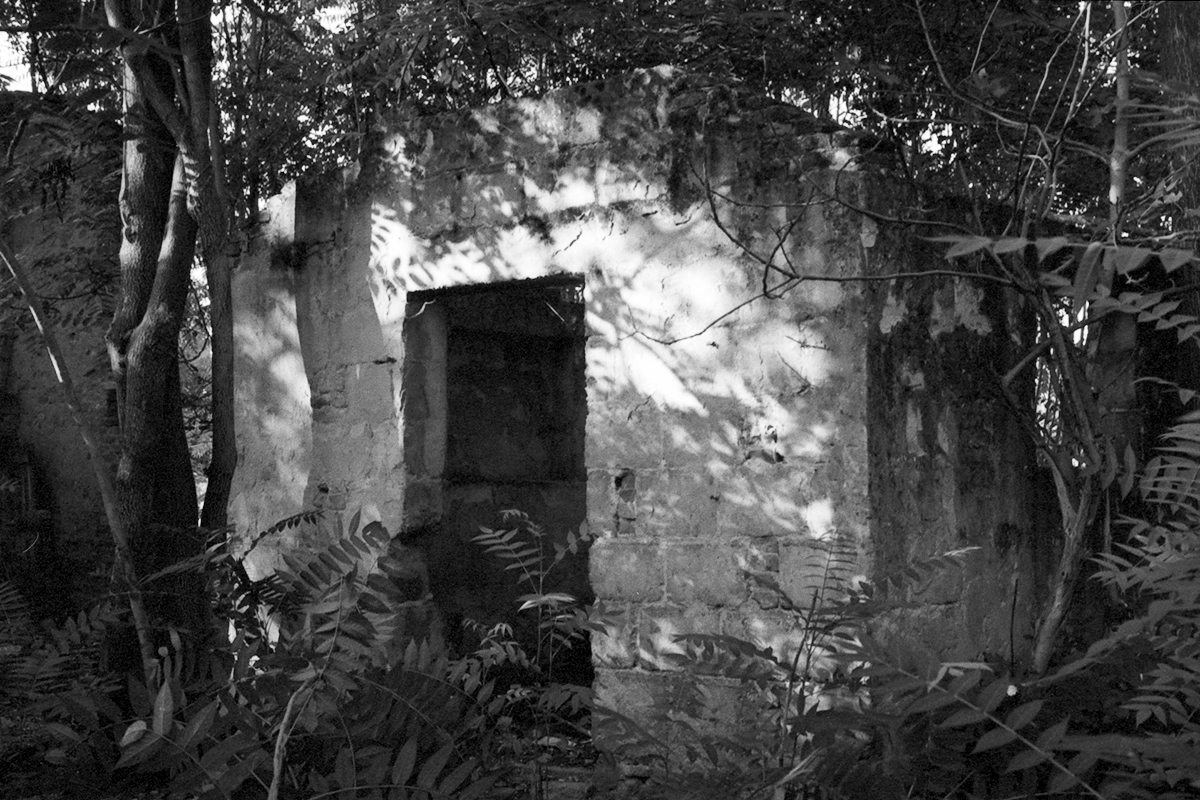 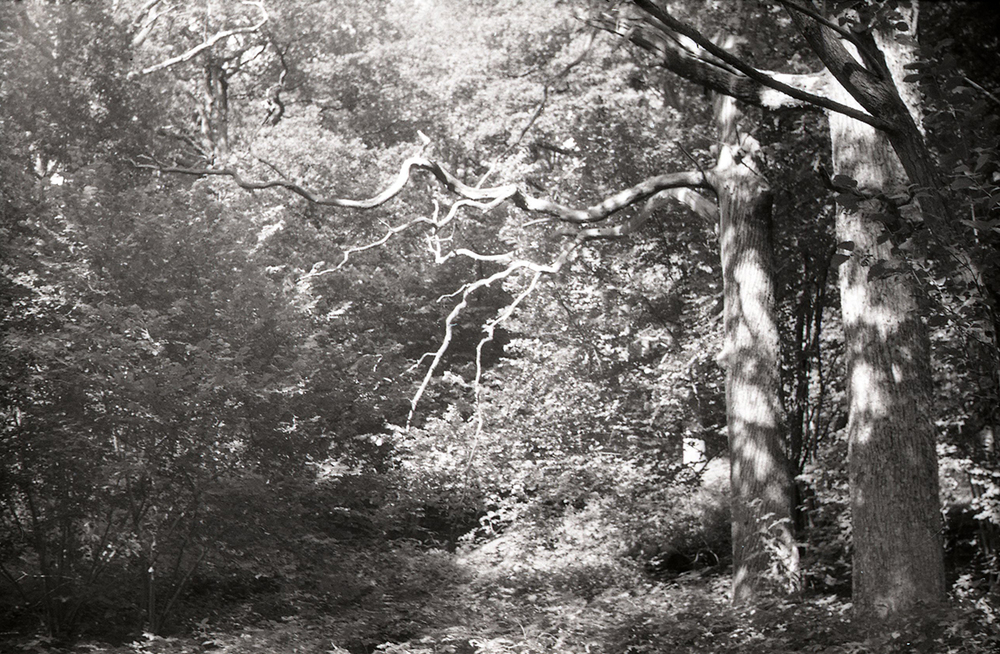 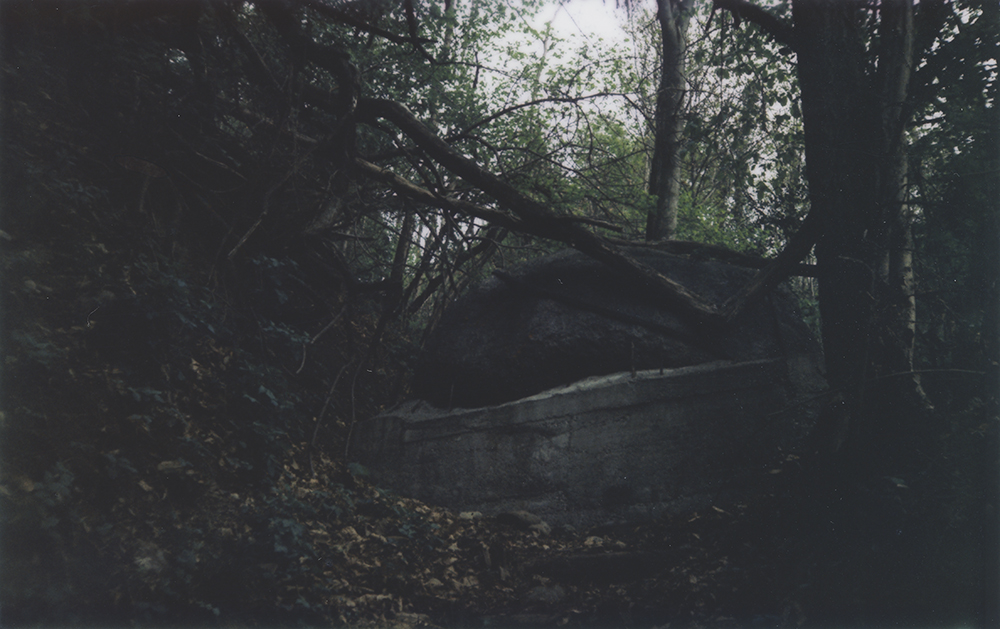 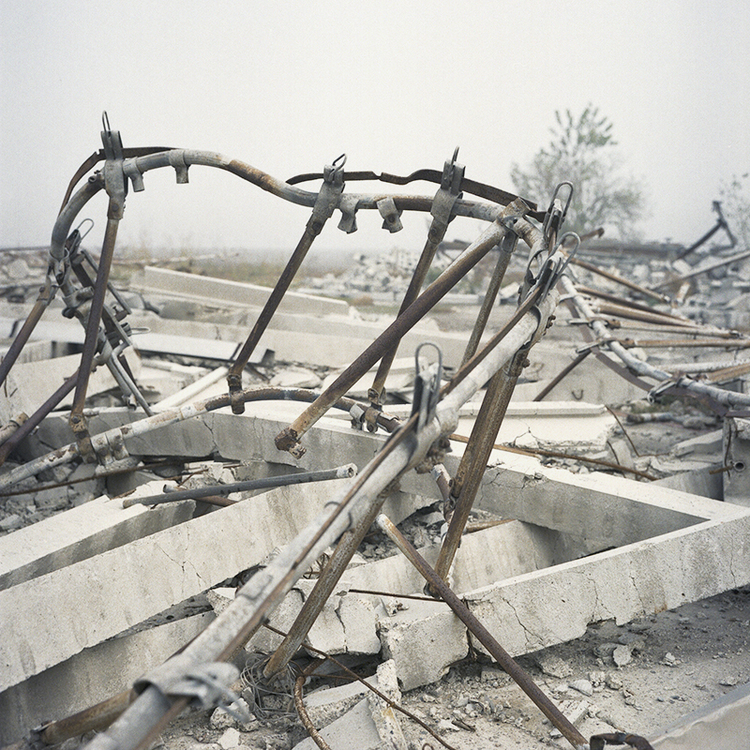 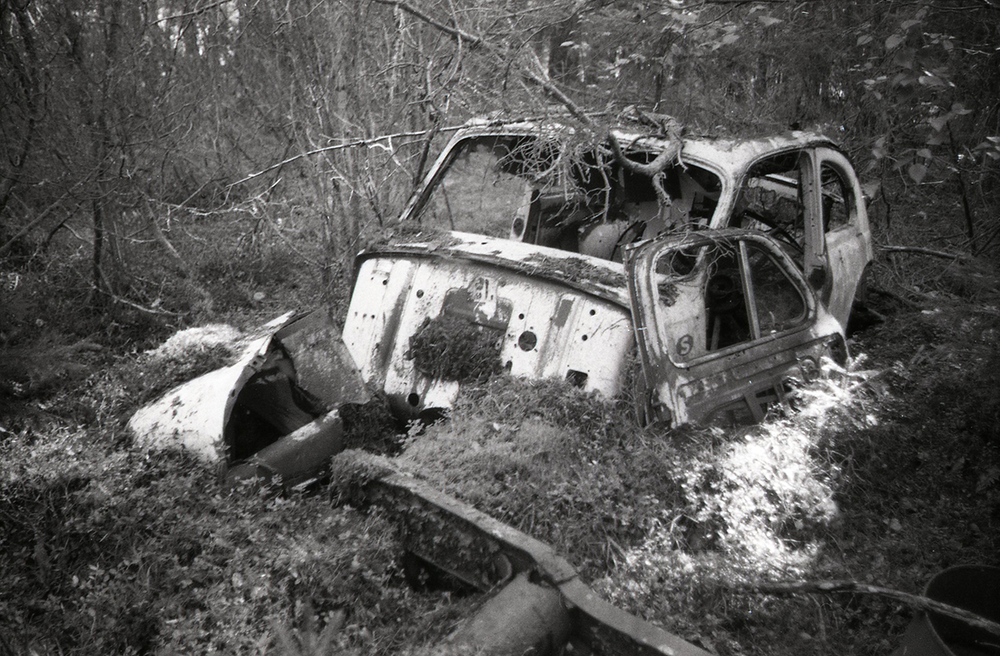 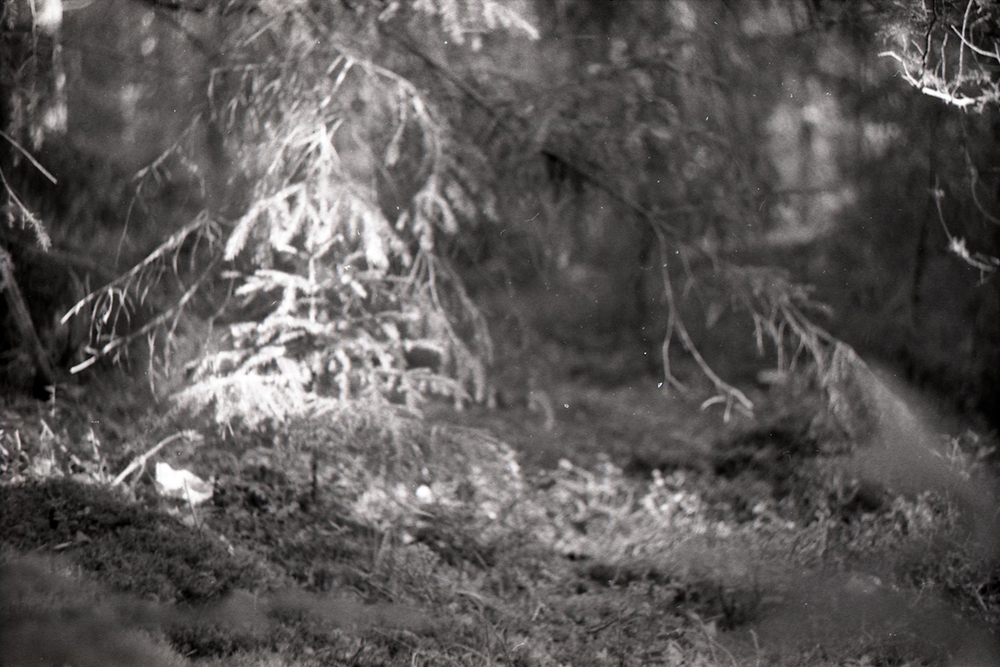 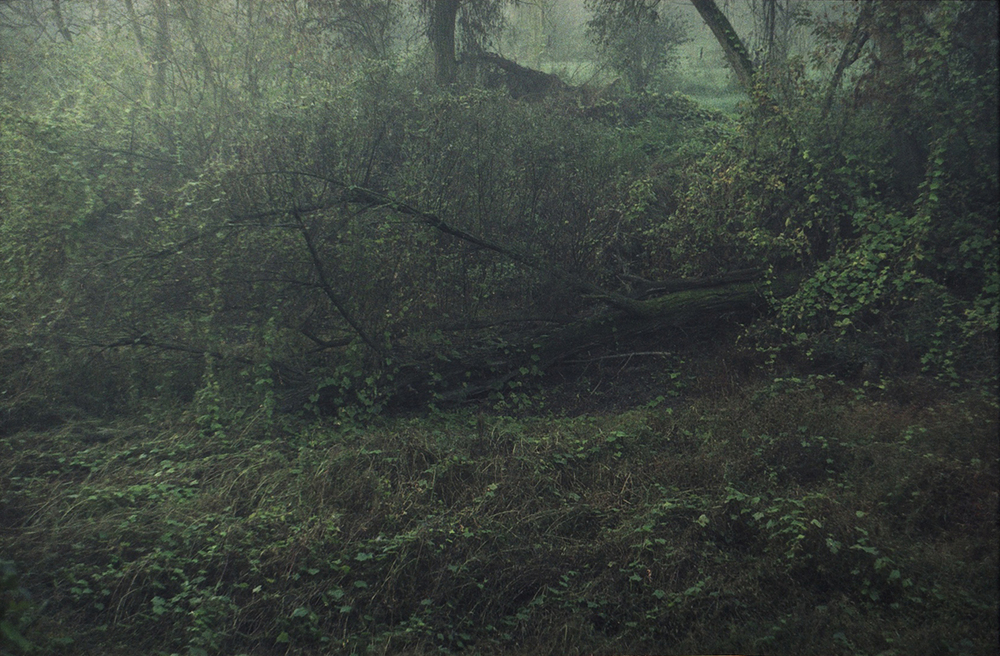 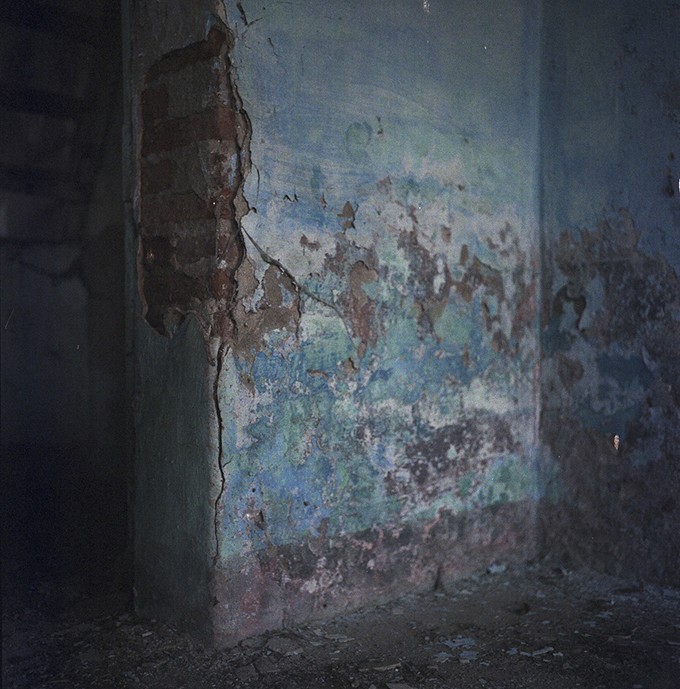 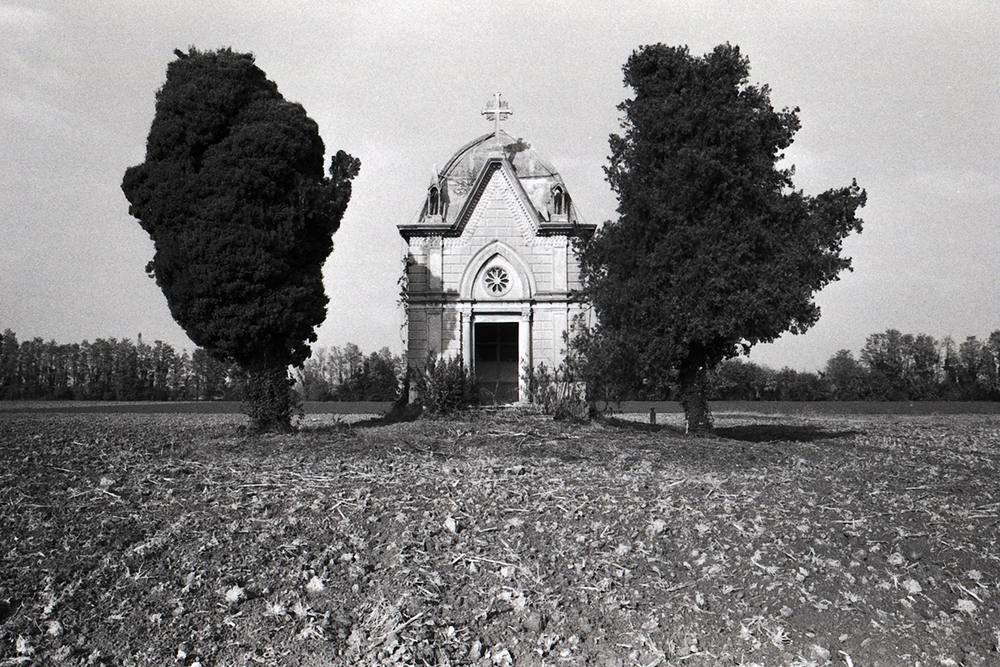