Artwork for vinyl reissue of debut full-length Cyclops by Viscera///

Originally released on CD in 2007, Cyclops is the debut full-length album by acclaimed Italian post-grinders Viscera///.

In 2014, the album was remastered and reissued on vinyl, featuring a rebooted artwork design.

Design by Nicola Domaneschi.
Released by Night of the Vinyl Dead Records in May 2014. 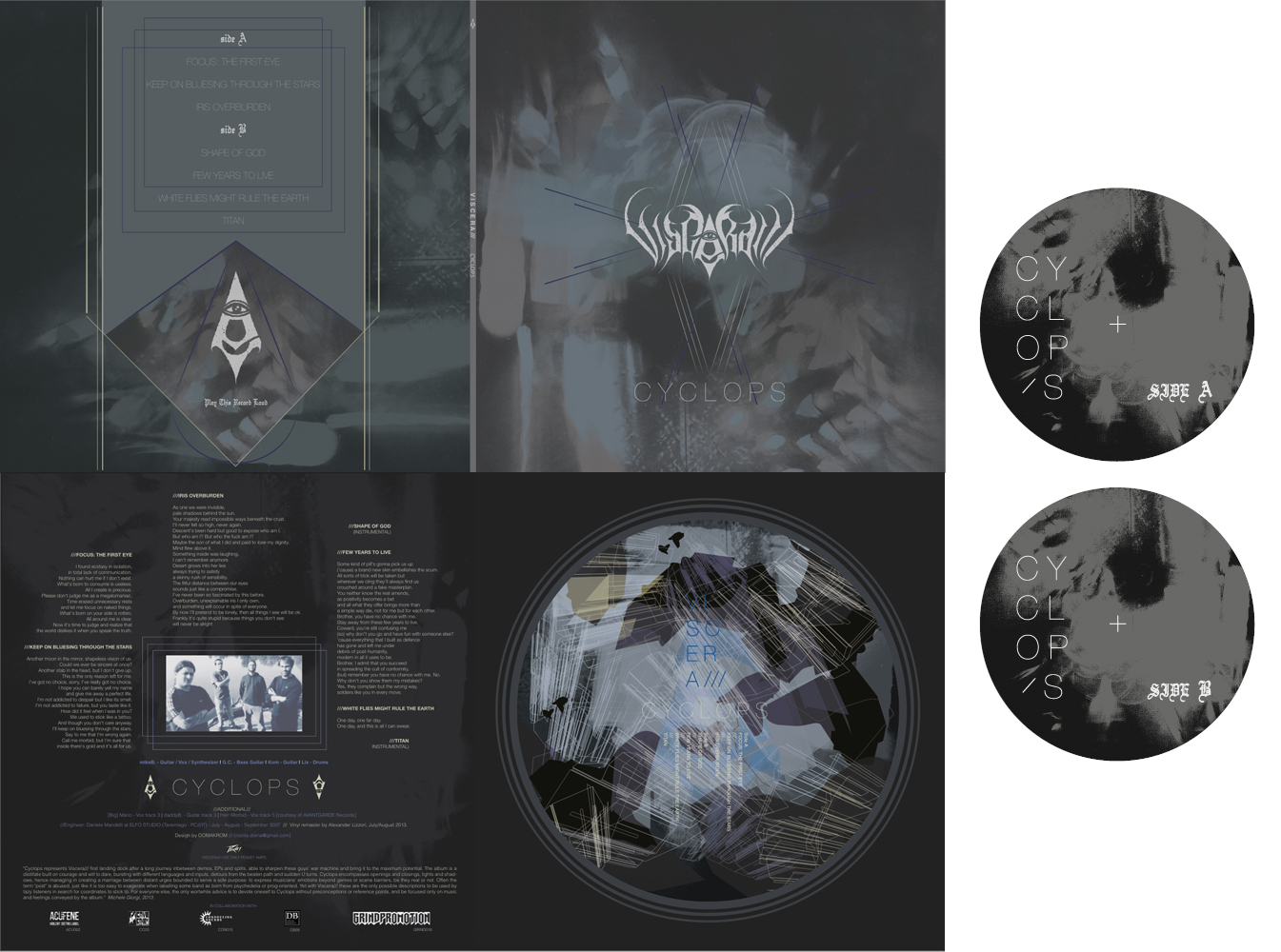